Experienced Professionals With an All-around Strategy

Experienced team with an all-around strategy for creating in-demand jobs and launching start-up businesses that contribute to the community development. 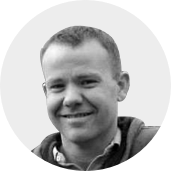 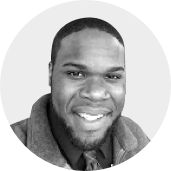 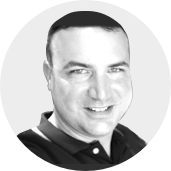 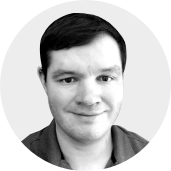 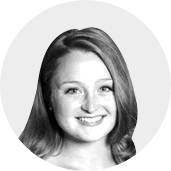 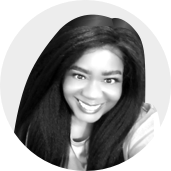 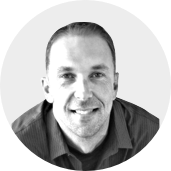 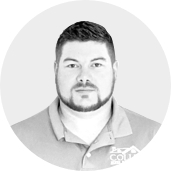 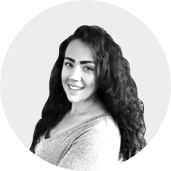 Check out our FAQ page to clear your doubts.

IzMaCo Investments is a start-up social enterprise that focuses on investments in innovative small businesses and community developments that foster economic growth.

John Morgan is a real estate investment professional with a desire to rebuild America’s neighborhoods. There are countless American neighborhoods that are in great need of private investment, and I wish to do just that!

John was born in Anchorage, Alaska. He is married to an Emergency Physician, Stephanie Wodowski D.O. He is a third-generation member of the United States military, so he never really had a place he called “home”. The strong military background began with John’s paternal grandfather. John “Red” Morgan was awarded the Medal of Honor for his heroic actions during WWII.

Before joining the Marine Corps, John completed a bachelor’s degree in political science from the University of Central Missouri.

John completed his Military Occupational Specialties as an intelligence specialist and reported to his first duty station in Okinawa, Japan. While serving, John also conducted multiple deployments around the world, to include one deployment to Karmah, Iraq, and two deployments to Kandahar and Helmand, Afghanistan. John was also selected for Marine Corps Embassy Security Group as an embassy guard for the United States State Department. As an embassy guard, he served in three different posts, including Cairo, Egypt during Arab Spring, Moscow, Russia, and in Rio de Janeiro, Brazil.

As a real estate investor, John leverages his expertise in strategic development, team leadership, and project management to provide further service to his community. In 2019, he successfully completed improvement projects in Jacksonville, NC, Virginia Beach, VA, and Buffalo, NY. He is passionate about connecting people with high-quality, affordable properties that they can call home.

Joshua is a customer and client focused business professional with 8 years of cross functional managerial experience. Prior to joining the IzMaCo team, Joshua was responsible for carrying out the day to day operations of a team of over 130 employees, with sales eclipsing $10 million dollars a year annually during his guidance.

Joshua was born and raised here in Jacksonville, North Carolina before attending East Carolina University and earning a degree in Hospitality Management & Business Administration in 2013. Joshua continuously climbed the ranks of his previous employer, and eventually became the Director of Dining Services at Wake Forest University in May of 2018. He has always had a love for helping & developing other people both personally and professionally.

Arthur Briggs is a combat veteran and ministerial professional, wanting to continue the growth of America’s Veterans. Arthur comes from a long lineage of people who have served. Arthur served in the United States Army for 10 ½ years. He then completed his Bachelor’s Degree and Masters of Divinity.Arthur completed his Military Occupational Specialty as a wheeled vehicle mechanic. He was assigned to the 10th mountain division, with his first duty station being in Fort Drum, New York. While serving in the Army, Arthur also conducted multiple deployments around the world, to include one deployment to Kabul, Afghanistan, two deployments to Iraq (Baghdad and Al-Taqaddum). Arthur was also selected for United States Army recruiting duty.

As a ministerial professional, Arthur leverages his expertise in leadership, strategic growth/development, and team management to provide further service to his community. In 2017, he joined the Homeland Heroes Foundation Board of directors. He is passionate about connecting Veteran’s with an opportunity to continue to serve their communities in new ways that correlate with their own hopes, dreams, and values.

Michael enlisted in the United States Marine Corps in 2005 and had an illustrious career spanning 12 years until finally he applied to become an US Army Information Services Technician Warrant Officer. He has extensive experience managing enterprise level networks and datacenters for the DoD.

His esteemed accomplishments have earned him two meritorious promotions to Corporal and Staff Sergeant while serving as a Marine and numerous decorations and awards. He was also selected as Marine Security Guard of the Year for 2011 amongst 1500 Marines serving as Marine Security Guards. He has also completed a successful rotation with the DoD’s Finest Communicators and is an alumni of the most sophisticated and cutting edge technological unit the US Military has to offer.

As an Information Technology and Cyber Security professional he is continually interested and involved in the latest technological vulnerabilities and the protection of information.

Bridget Wodowski is a compliance risk professional at M&T Bank, analyzing areas of risk to the institution and its customers. Previously, Bridget worked as the staff accountant for the Buffalo Museum of Science from 2015 to 2018. She graduated from the Canisius College honors program with a Bachelors degree in Psychology in 2012 and an MBA, concentrated in finance and accounting, in 2014. Bridget was on the MAAC All-Academic Team in 2012 and 2013 during her time as a Division I rower.

Carla Sophia Layton is a top-rated Social Media Specialist, trainer, and advisor on Mass Communications (print & broadcast), Social Advertising, and Public Relations Strategist. She has been an Executive Media Advisor on digital thought leadership since 2007, getting her start working on Capitol Hill in Washington D.C. as a production specialist for Viacom CBS. She is the Founder and CEO of #HelloSocialite, an online Digital Communications Agency, specializing in the development needs of executives since 2019.

Before her career in digital marketing, Miss Layton served as a credentialed Investigator retained by the U.S. Office of Personnel Management (OPM). She later parlayed her knowledge and skill base into facilitating workshops across the country in Communication Development, Public Speaking, Conflict Resolution, and Group Dynamics for corporate business entities and military branches.

Miss Layton’s hobbies currently include playing her alto saxophone, learning french, and social distancing as much as possible.

I have had the pleasure of serving Eastern North Carolina in both the commercial and residential Real Estate field for the past 20 years. In those two decades, I have gained a wealth of knowledge in many aspects of the field, from construction, to the listing and buying of Real Estate. Prior to Real Estate, I grew up in Santa Maria, California and left for the Army in 2000. That brought me to Fort Bragg, (Fayetteville, NC).

I am a father of two amazing teenagers that keep me working hard. I have a passion for Real Estate, outdoor activities and just this year, started my classes for my pilot’s license. In 2016 I made the transition from the construction of Real Estate, to selling it.  The Real Estate market in Eastern North Carolina has kept my attention for the past 20 years and continues to push me to learn more.

Is a home improvement professional conducting business in Onslow county, North Carolina. He is also the owner of Colley Home Renovations LLC. He first got started in the industry as a teenager, working during the summer months for a general contractor in Logan county Ohio. In 2010, Justin began buying distressed homes that were foreclosed during the 2009 financial crisis, while making all necessary cosmetic and mechanical repairs. Once repairs were complete, he would sell the homes for a profit. He later attended Rhodes state college in lima Ohio to earn a certificate in real-estate sales. After passing the exam, he became a licensed real-estate agent and a member of the national association of realtors.

After a significant upswing in the economy in 2016, Justin realized a great opportunity in home improvement/ renovation work and began taking on clients as a contractor. He and his crew have been very successful in the industry and have earned multiple awards for their quality work. Some of these awards include; Best of home advisor 2019, Elite service award and a perfect five start rating with past customers.

Emily Furey – West has had the privilege of living in Eastern, North Carolina for the past decade. She was born and raised in Omaha, Nebraska.

Although the Midwest will always be home for her, Eastern North Carolina has the beach and warm weather which is hard to beat! Emily has had the pleasure of working in Real Estate Property Management since 2018. She recently completed the schooling necessary to obtain a Real Estate License. She has been a part of Bradley Calderwood’s team at eXp Realty, LLC as the Office Manager and Executive Assistant since April 2019. Emily and her team always strive to give each client the best service available for all of their real estate needs.

For pricing or additional information about our services, please contact us.
We would love to hear from you.